We completed the 25 game season and Frozen Wings won the championship. Congrats to Ty and company.

Close games for the last week of the season. Dave and Jeff go over the games, stats and plans for next season in the video below.

EHL League Board Meeting on August 22nd is proposed.

League start as soon as September 19th and we can get 25 games in by the end of February. This will give us five weeks wiggle room to get the season completed before the end of March.

Let me know your thoughts on the season start and most importantly, let me know if you are bringing a team. I know we have holes in each division to fill.

Round robin is one game against each team. In event of tie at end, regular season record is Champ.

Staying with Lager and Stout Conferences – 25+ and 40+ for next season. Jeff Dennings will be back at registration table.

I didn’t have a chance to laser the Stanley Pints. I dug them up and I’m down to 19 in stock. I’ll have them at the rink to distribute but I’m out of town until April 7th.

Ref cost and ice cost is going up. I’m going to try to hold the cost the same. There will be penalties for late payments from teams.

Have fun and no injuries!

See you on the ice soon I hope.

This league was formed in 2015 by and for hockey players.

The reasons we formed the league were as follows:

1) Better scheduling than Polar Palace provided. We now get a schedule that rarely changes for the season.

3) Consistent prizes and group buy-in on the goal for fun and exercise.

Things that went wrong this season:

Well, the schedule got wonky with COVID.

Jeff Dennings wasn’t able to help this season due to health concerns. Our league fee collection process changed and it put all the burden on managers to work with players.

We didn’t have the parity in the Conferences as we like.

The 40+ Stout Conference has one team dominating but I don’t hear too much whining. Just the normal whiners.

The 25+ Lager Conference fell apart. We lost one team for certain and I suspect three more teams are likely leaving. Way too much emotion was brought to the rink.

I’m hoping that Jeff can help next season, but it isn’t certain yet. With or without Jeff the money collection is going to be tighter again. I plan to move up all dates and enforce the rules to remove teams from the league who can’t get it together. I hate bookkeeping and simply do not have the time or interest to collect money all season.

A new league management system will likely be selected for use next season. The finance part of Hockey Community doesn’t work for either the players or me as I would like. I’m told that Sports Engine works well for GFHA. I’ll be doing some research. Let me know if you have a solution.

We grew the league from four teams to twelve in six seasons. I’m ok with scaling back. My goal was to hit 16 so we had eight in each Conference. Playoff schedules and variety are better with that number of teams. I’m ok going backwards if it relieves stress.

Each March I get burned out on hockey drama. My goal is to have fun playing hockey with those who are in line with our goals. I’m actively removing stressful players from my hockey universe. I simply don’t have the patience anymore.

Let’s be respectful of the rink, other players and the tradition of ice hockey and finish this season in a fun and competitive way.

I’m calling an EHL Board meeting for either Saturday, March 20th at 4 PM or Sunday, March 21st at 4:30 pm. I expect a representative from each team to email, call or text with a preferred date and the final time will be set by majority vote.

Thank you for participating in the EHL.

See you on the ice!

Kidd Company player Brian Knack, #9 is under age for our league. I’m told his birthday is in April, but I’m also told that he will be 24 in April.

He is leading the league in points and has been an instigator of the trouble with his chirping.

It is  the responsibility of the team manager to inform the players of the league bylaws and rules and keep them in line. Ray Markey is the Kidd Co manager. He pulled together this team for the season and it was communicated that any exceptions must be approved by the board.

A copy of Brian’s drivers license has not surfaced, so I’m assuming that he is under age. I don’t have proof one way or another yet.

Sorry guys, but let’s wrap this up with a quick motion and vote. Someone propose what we should do about this situation and lets vote on it. 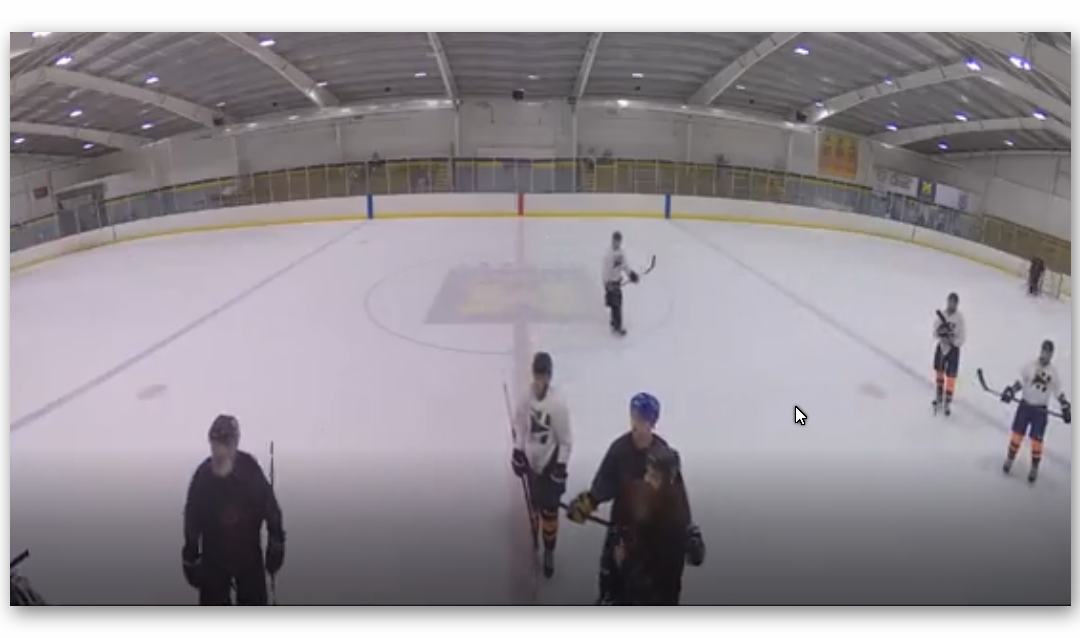 Board Decision on Suspensions Needed

Managers, please review the video and chime in on suspensions.

During the BC vs Kidd Co there was a scrum that turned to more activity in the penalty box that isn’t seen in the video. Feel free to give me a call if you have questions.