5 Tips to Skating Smarter, Not Harder 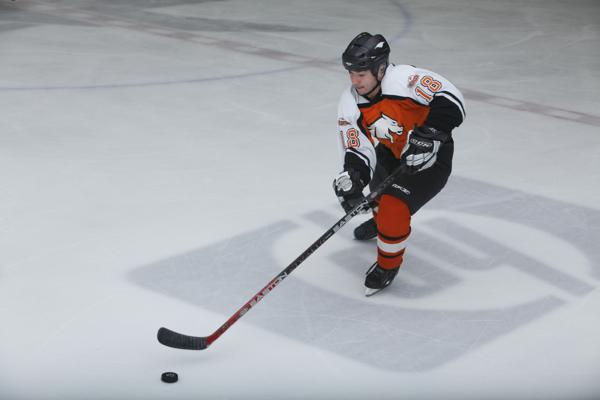 The notion of working smarter, not harder, has become a well-worn cliché. But within every overused expression is an element of truth, and when it comes to becoming a better skater, the smarter-not-harder approach certainly applies.

If you’re looking for an extra skating edge in your league, here are five tips from Sean Cromarty, a former NCAA Division I player at Colorado College and currently the owner of Competitive Advantage Training – many of which come from a simple change in approach.

Out not up: One of the biggest mistakes skaters make comes from wasted movement, Cromarty says. There is a natural tendency to recoil upward at the start of a skating burst toward the puck; if a player can work on making that first motion forward instead of upward, the resulting efficiency increase will be easy to see.

He compares it to a sprinter in a 40-yard dash.

“They’re almost falling into those first few strides because their forward propulsion is so great,” Cromarty says. “If you go from that beginning stance to upward and then forward, you’re behind. It’s critical when you talk about the first-three-step quickness.”

Body in unison: Cromarty’s next tip also has to do with efficiency of movement. Skating shouldn’t be a herky-jerky movement, but sometimes in the excitement to get to a loose puck or to switch gears to chase down an opponent, bodies get out of whack. The “quieter” you can keep your movements, the better your skating will be.

“Every action has an equal and opposite reaction,” Cromarty says. “You want equal motion, with the hips and shoulders in unison, you’re going to be a much more fluid skater than someone who has shoulders, arms and pelvis going all over the place. We’ve all seen the guys, from little kids all the way up to men’s league guys, but the ones who are most economical in terms of use of energy are usually the fastest and most efficient players.”

Off-ice advice: When it comes to training off the ice, Cromarty advises adult players to skip the simulated skating devices like slideboards or skating treadmills because, as he says, “I don’t think there’s anything better than the real thing.”

Instead, work on squats because those in some ways mimic the beginning skating position, and also try short-burst speed work on land to become faster on the ice. Cromarty says he went to a speed school and worked with football players training for the 40-yard dash. But even just going to the local track and running short sprints is a great idea, he says.

“If you can build that into your off-ice conditioning, you’re killing two birds with one stone,” Cromarty says. “Instead of being the guy who goes to the gym and does an hour on the elliptical, go to the track and do short sprints to build up quick-twitch muscle fibers.”

Get the reps in: Repeated work in key areas – quick bursts in one direction, starting and stopping, explosion of stride – are particularly important because, well, practice makes perfect.

“I think with the on-ice skating things – power skating methods and ways to become comfortable with your edges – the commonality is reps,” Cromarty says. “You need that time. That’s the number one thing, and they have to be quality reps.”

Gain the mental edge: It might seem disconnected, but simply becoming a better hockey player can make you a better skater – bringing us to Cromarty’s final tip.

Thinking a better game won’t make you physically faster, of course, but it can make you appear faster.

“If you’re thinking a step ahead of everyone, you might not be a great skater in terms of edge control and work, but you can anticipate where the play is going to be and get a head start,” Cromarty says. “Gretzky is the perfect example of someone who had it put together mentally and who was never the biggest, fastest guy.”

It sounds like he’s saying the greatest player of all time worked smarter, not harder. So why shouldn’t you?