Sixteen skaters and three goalies gathered Saturday morning for a day of ice hockey outside at Jim Doan’s.

Jim and Stephanie were gracious enough to let this motley crew of players hang out in their barn for the day and tear up the ice. The first project was to sort out and rank the players. Due to a player backing out at the last minute a sub was brought in to fill in. The sub, Trevor, was placed in the mix where the previous player was positioned in ranking – what a major mistake that was! Well, according to me anyway!

Four teams were formed, with four players on each team for the three on three tournament. Each team plays each other once, then a finals game to determine the tournament champs. Teams were drawn at random.

Here is the lineup of teams, in order of their tournament finish:

Each player received a Doan’s Winter Classic t-shirt and beer for their $25 registration fee. Everyone brought a dish to pass. There was more than enough for everyone. The games progressed on time and the ice held up well, with just a couple of problem areas to avoid.

Team Porter dominated the day, with Stout Bros making a valiant effort to beat them. The combination  of young legs with Reed & Trevor proved too much to overcome; but if you ask Rouse it would be all him of course:)

What a fun day! I look forward to scheduling two of these events next year. By invitation only. This was a group of friends skating together, who got along. No complaining, griping or whining. Nice!

Big thanks to the goalies for playing so much during the course of the day. Major effort on their part. Next year, we will have a goalie competition throughout the day for least goals against. Nick would have won that award this year I would suspect; he is half the age of our other two goalies.

Look below for pics of all the action. Also, t-shirts and posters can be ordered. 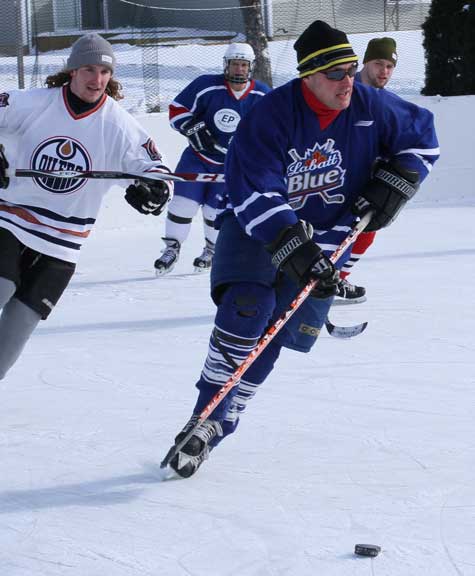 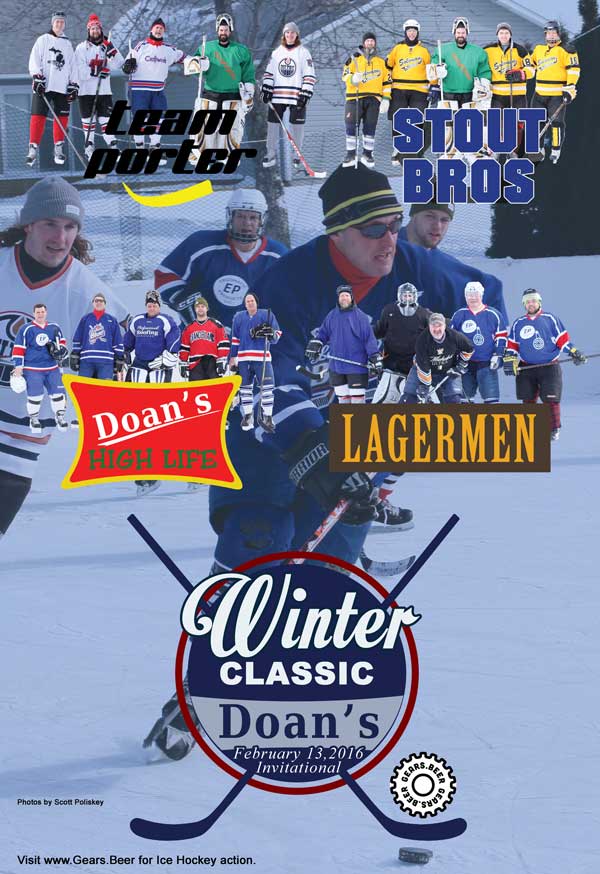